There are some big fish lurking in the canals and rivers of Imperial Valley. For years I've been driving right over them on my way out to the Colorado River. Now I want to make an effort to target the Flathead Catfish that inhabit the Alamo River and other canals around El Centro.

I've been getting my gear together lately and been waiting for a chance to head out. Well my chance came up so I packed up and headed out. At first I didn't have any luck making bait around the Central Main Canal or All American Canal so I figured I'd head up to Calipatria to buy some goldfish but the store closes early on Saturdays. I ended up finding a nice little canal with some slackwater and managed to pull out four nice fat bluegill until an hour before sunset. Then it was time to find a spot on the Alamo River, a.k.a. Mo. Since it was my first trip and I didn't have too much time I settled for a well used spot right off the road. It was really disappointing seeing all the trash just strewn about such a nice place to fish. So after getting my bait hooked up and in the water, I cleaned up as much as I could.

Around 8pm I got a good run but he mush have spit the bait. At 9:30pm I got another and managed to bring in a 9 pound Flathead. That was it for the night. I fished until 1am and wanted to stay longer but knew that if I did, I would be too tired to drive home safely. There was a nice breeze and I had no problems with mosquitoes. I had a blast! Looking forward to my next trip.


Checking out Sunbeam Lake. This might be a good place to catch blugill for bait.﻿

If you look close you can see a catfish hanging out in the murky shallows.

I bet there's good fishing at these drops. 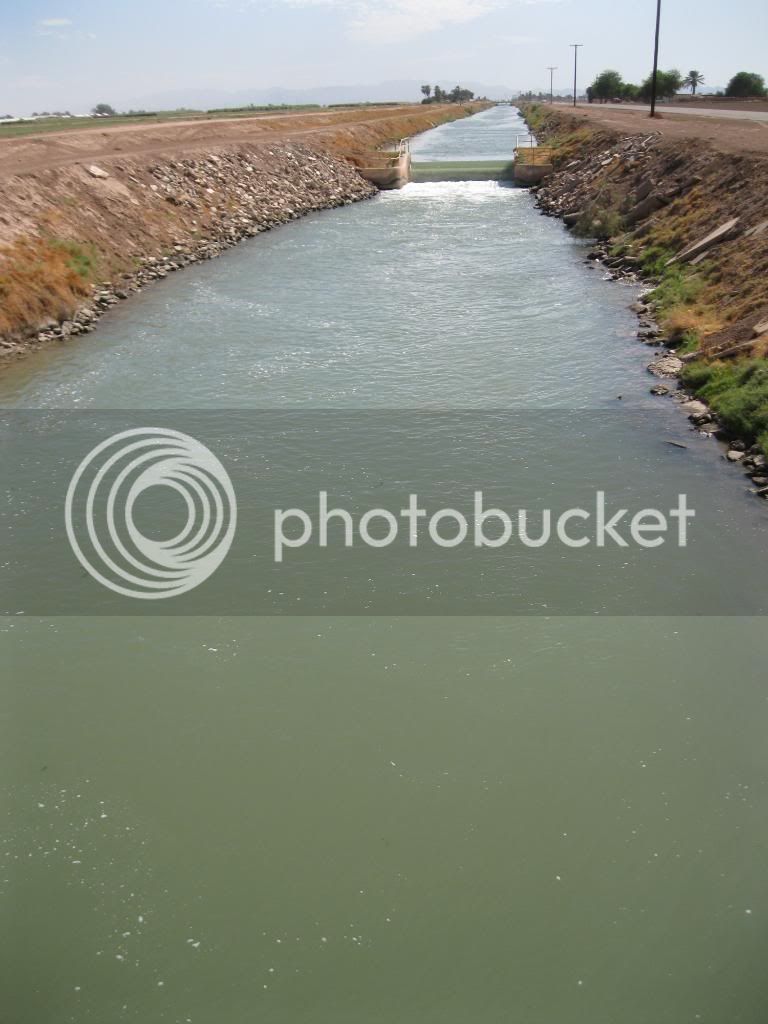 Grass Carp chillin' at the surface. These fish are protected, as they help keep the canals clean.

I finally find a place that holds some nice size bluegill.

Flathead Catfish cruise the shallows at night looking for these guys to eat!

I find a spot to fish close to the road. Its nice, except for...

...all the trash left from other fishermen.

So I clean it all up. Hopefully the next person will be more considerate.

Baited up and ready to go.

﻿
It turns out to be a very nice evening.

﻿
On the second run of the night, I manage to bring in this 9 pound Flathead.

After a few pictures I release him to swim again and get bigger.

﻿
﻿There's gotta be a better method than using my hood as a table.