We once again spent the Thanksgiving holiday weekend at our cabin along the lower Colorado River area. It was a trip I was afraid would not end up happening, since we've been sick for most of the month. Fortunately, we began feeling better. Unfortunately, we could only spend the weekend there instead of the whole four day holiday. Although we had Thursday off, my wife had to work on Friday. So by the time I picked her up from work, I had the Jeep loaded and ready to go and we ended up meeting the rest of our family and friends already there around 9:45 PM.

Even though I had brought my fishing and hunting gear along, I ended up just laying around and taking it easy. I still hadn't completely recovered from my cold and didn't want to do anything too strenuous. There was a ton good food, great company, and I ended up having a great time with my wife and daughter.

My brother-in-law somehow got his jet boat stuck on a stump.

My dad to the rescue.

Audrey and I watching the recovery.

She just couldn't wait to get into the water.

Are we ready to go yet?

We managed to find a big sandbar downriver.

We all enjoyed ourselves, whether playing paddle ball, horse shoes or just relaxing.

Keeping an eye on our little one.

Time to head back.

Once back on the lake it was time for some tubing!

Audrey and I relaxing on the dock.

I wasn't going to risk taking a plunge into that ice cold water!

Audrey with her cousins.

All too soon the weekend came to an end. Looking forward to next time!

The Carrizo Gorge at the southern edge of Anza-Borrego Desert State Park is a spectacular chasm and home to the Goat Canyon railroad trestle. Two hundred feet tall and 750 feet long, it's the tallest curved wooden trestle ever built in the world.

The construction of the San Diego & Arizona Eastern Railroad began during World War I in the steep-walled Carrizo Gorge near the town of Jacumba. Many people were convinced at the time that it couldn't be done, but John D. Spreckels didn't rest until the "impossible track" was completed in November, 1919, at a cost of $18 million. The Goat Canyon trestle was built in 1932 after an earthquake collapsed one of the tunnels.

Saturday, November 17th 2012 was to be my third time hiking out to Goat Canyon. It is probably one of my favorite hikes. I was also accompanied by my friend Steve and his brother-in-law, Troy.

Heading out East along Interstate 8.

The area was busy with construction for the Ocotillo Express Wind Farm.

A portion of desert not ruined by the nearby project.

Looking back towards Ocotillo from near the Montero Palms trail head.

The terrain starts getting tougher.

Steve wonders if this fallen palm will hold us both.

A bit of boulder scrambling above the palms.

I had to crawl through a small cave to get down from here.

We found Native American morteros above and below the palm grove.

Looking back towards where we started.

Taking a break at the top of the first ridge with Steve and Troy.

Working our way down one of the many dry waterfalls.

King of the wreck!

Looking back towards the trestle.

One of many smaller trestles.

Carrizo Gorge snakes its way below us. 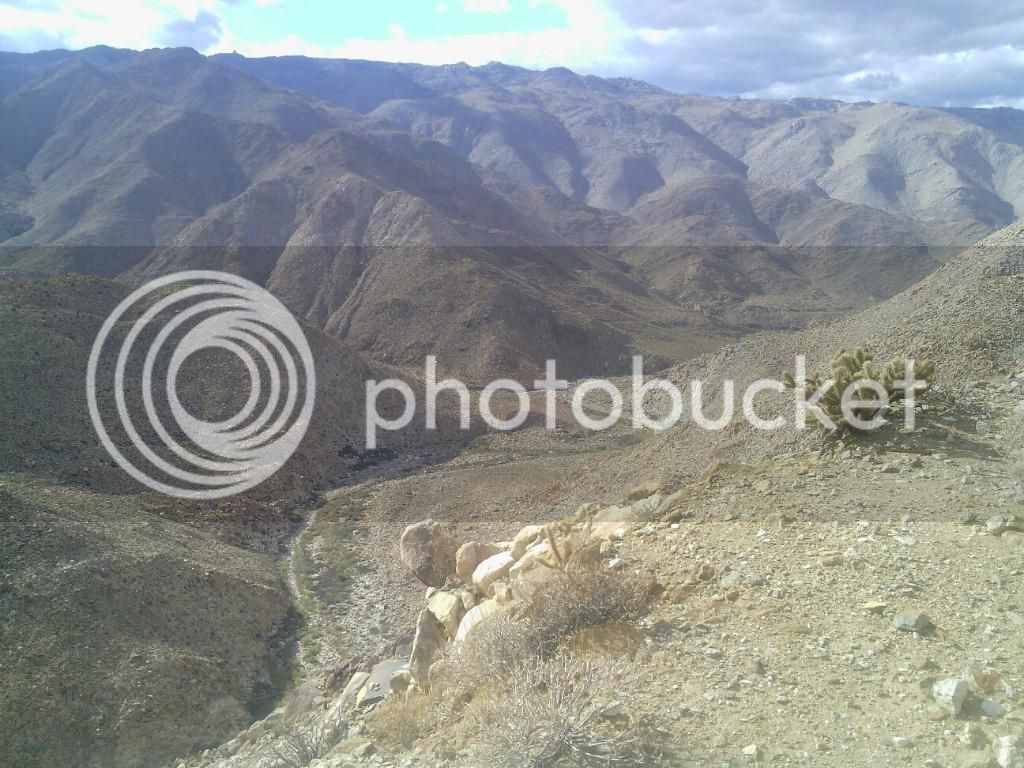 From here we made our way into a valley that contains various remnants of the railroad construction work. 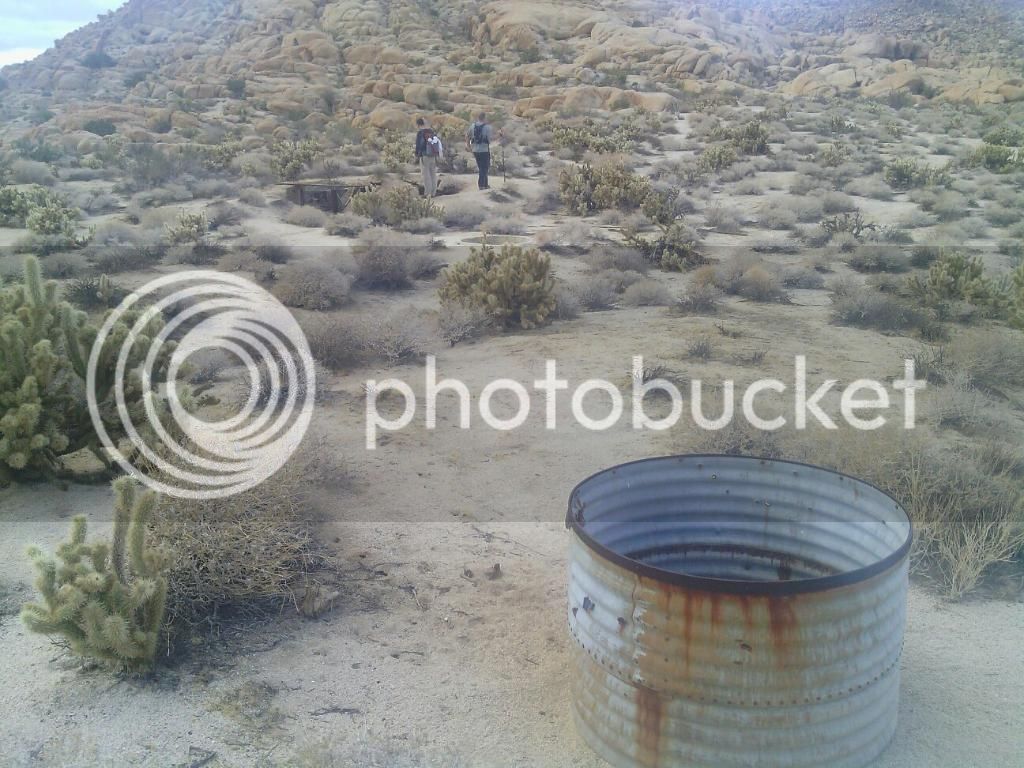 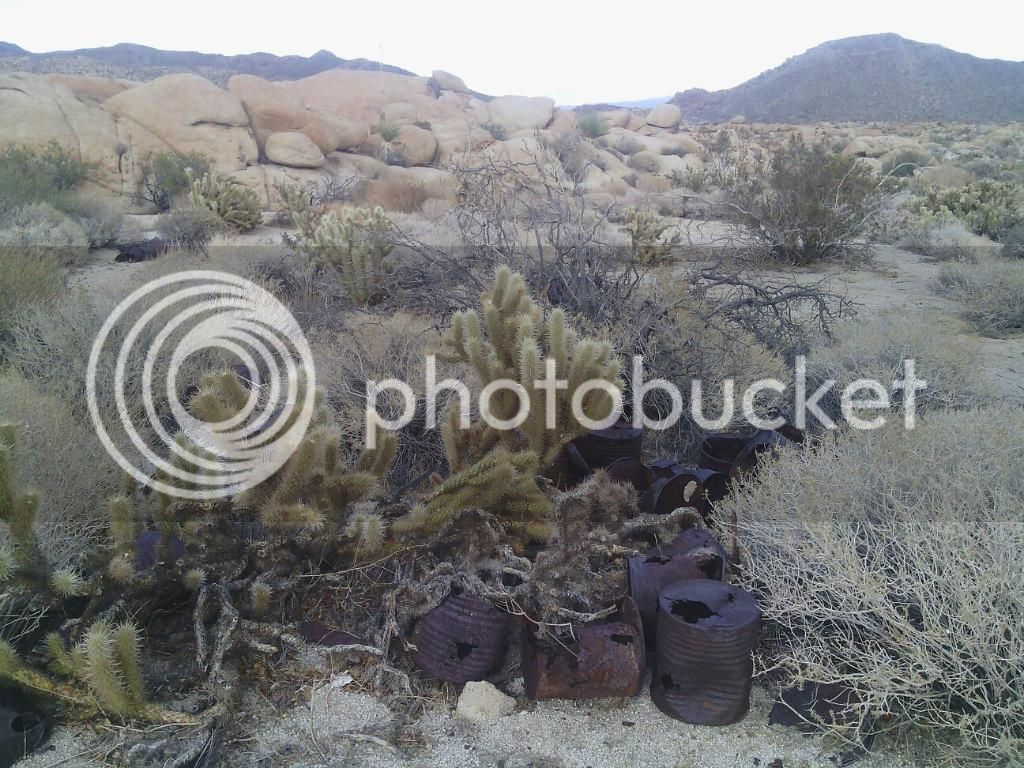 We passed Indian Hill on the way back but didn't look for the Indian village site since we were feeling tired and it was getting late. We piled in my Jeep and made our way back to where we had left Steve's 4runner at the trail head. It was a great hike and I hope I don't let another two years go by before I head out there again.
Posted by John Graham at 4:01 PM No comments: Links to this post