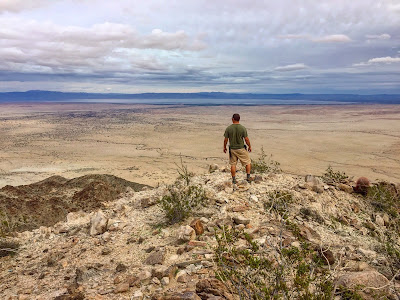 Standing atop one of the highest points along the Fish Creek Mountains at Fish Benchmark, elevation 2334 feet, overlooking Ocotillo Wells, San Sebastián Marsh, and the Salton Sea. This was just a few miles east of the SoCal Desert Rendezvous base camp. 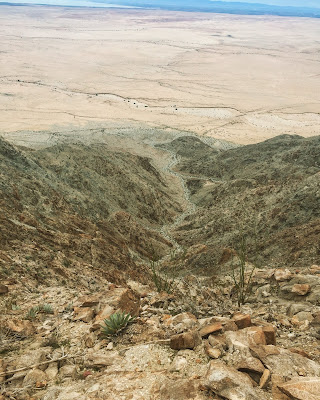 This one left me bruised and bloodied. From the summit I made a beeline to the desert floor, descending a near vertical 1000 foot dry waterfall, negotiating loose scree, car-sized boulders, and catclaw. Took a pretty hard fall on the way down. Next time I explore this area, I probably shouldn't go alone. 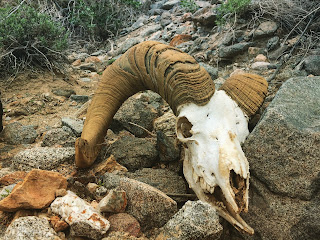 Bighorn sheep carcass tucked away in this remote wilderness. 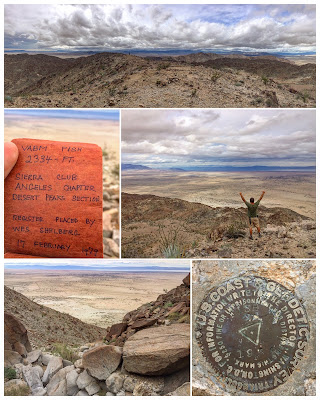 From the desert floor, the Fish Creek Mountains resemble a plateau rising as a great wall; only a few dramatic peaks appear from a distance. In truth, the mountains are a rugged land of numerous jagged ridges and peaks standing above twisting canyons and small, hidden valleys--a pristine desert mountain land worthy of a Wilderness adventure. Steep slopes often contain limestone outcroppings that have resisted erosion, and, as a result, rainstorms have created narrow chutes that swirl with runoff. Shielded from intense sunlight and its evaporative powers, pools have formed at the base of these chutes, supplying wildlife with precious water. A portion of the shoreline of ancient Lake Cahuilla, a lake that receded more than 500 years ago, remains visible within the Wilderness. Immediately to the south and west lies Anza-Borrego Desert State Park. 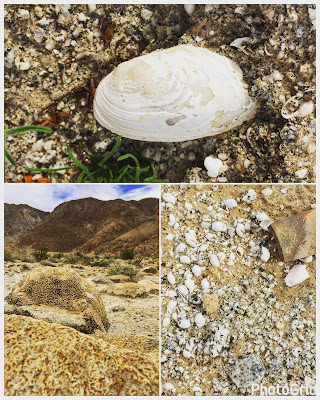 Few visitors to the Colorado Desert realize that at one time an extension of the Gulf of California reached northward nearly to San Gorgonio Pass and that marine waters lapped at the outskirts of present-day Palm Springs. Nor do they know that many thousands of years later, that same huge basin, which is called the Salton Sink, was filled with a fresh water lake. And after many more years, that this lake vanished and that in 1905, the Salton Sea was created in its place by man’s own tampering with Nature in an endeavor to get badly needed irrigation waters.

You can find millions upon millions of tiny fresh-water shells in many places along the old beach line. So numerous are these that they appear at first glance to be stretches of sand. Their presence gave the valley at the north end of the sink its colorful name: Coachella Valley. The word Coachella is merely a misspelling of the word Conchella, meaning Little Shells.

Many of the rocks along the ancient shoreline display a peculiar substance called travertine, which is a calcareous type of sinter, forming coral-like encrustations upon rocks. It is made up of chemically precipitated calcium carbonate (lime) from fresh waters containing an excess of that mineral in solution. This deposition is brought about by the action of microscopic plant algae in the water, algae which live only in fresh water. In some places this lime encrustation is several inches thick, and looks very much like gray coral. 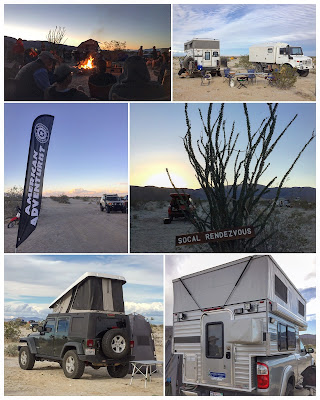